Welcome! This space was first created for all things beauty but as my interest have change so has this space. I loved the name Shamelessly Fabulous because sometimes women can be so hard on ourselves and others. Shamelessly Fabulous was created with the thought of OWNING how fabulous you are. Meeting yourself in the space at whatever capacity and saying to yourself “I am fabulous” whether you are in sweats or a ball gown whether you are rocking a full face of makeup or letting your natural beauty shine. This is my labor of love for family and friends who are curious about a compassionate lifestyle. Just in case others stumble across this space I’m going to introduce myself!

I grew up in San Jose California, raised by my single mother. I grew up eating some version of your standard american diet. I remember chicken and pork chops being staples in our home, with any vegetables that were served coming from a can. I never thought much about the food I was eating. Fast forward to moving out on my own, I was the queen of fast food, Mc Donalds, Jack in the Box and Burger King were my favorites. I was eating fast food several times per week. I never felt great after eating it but I continued up until I met my boyfriend(now husband).  At that point my fast food consumption declined because Michael did not care for fast food at all with the exception of In and Out.

In 2011 after watching a series of documentaries, we decided to do a vegetarian challenge for 1 month. Mind you there was cheese and sour cream on EVERYTHING! The only thing we let go of after that challenge was cows milk, but we still kept all of the other dairy by products around.

Over two years ago I started doing research on the animal agriculture industry and I was shocked at the information I found! I could no longer ignore the animals suffering, the impact that animal agriculture is making on our planet, and the adverse affects on our health. It all started one night while I was nursing my son to sleep, I was fantasizing about the pint of ice cream I was going to devour after my son fell asleep. It was then I wondered how long a dairy cow spent giving milk to produce the ice cream I was eating. As crazy as it sounds I never  knew that a cow had to be pregnant to “give” milk. I thought there were certain types of cows that naturally produced milk. So I was shocked to find that cows not only have to be pregnant to “give” milk, but they are also forcibly impregnated and have their babies taken away from them. As a nursing mama I became emotional thinking about these bonds of a mother and baby being broken so that I could have dairy products.

In  the beginning I was quietly gathering information feeding my family less red meat and more fish because to be completely honest, I had no idea how to completely stop using animal products. The thought seemed so overwhelming. Every time I voted with my money and made a choice to pay someone else to do things I would never do to an animal I felt so much guilt.

One day I went on a play-date with a friend that I had hadn’t seen in awhile. Once we got the kids settled, I looked down and saw she had a bracelet on that said “VEGAN”. I told her about the guilt that I had been feeling and asked her how she feeds her family without using any animal products. That day we talked for over two hours and she let me know that it could be done. To see her family of 5 thriving on a plant based diet made me feel hopeful that I wouldn’t have to live with the guilt that I had been feeling.Humbled and grateful I had the courage to finally question my own beliefs, that night, I went home and ate the last animal I would ever eat. The next day I went to the library and got several cookbooks and tried so many recipes.

For the first few weeks, I decided not to push my choices on my family fed my family animal based meals. At some point I literally stopped seeing animals as food and decided I would not be providing animal products in my home at all. At first it seemed really overwhelming but day by day it became easier. I wish that I had this whole two years documented. It would have been fun to share my evolution. I was scared of what people would think. For the first few months I never even said the word vegan. I would simply state “we do not eat animals, or the products that come from animals”. Aside from becoming a parent, making the choice to stop contributing the suffering of animals has been the biggest life change I have ever had.

Quietly I started this journey and now I’m ready to turn it up! I am extremely passionate about the animal liberation movement. The further I get from putting animal products inside my body the more passionate I get about spreading the message of empathy, love, compassion, respect and justice. I want to inspire people to make better choices when it comes to the animals, the planet and our health! The reason that the name Shamelessly Fabulous translates into promoting a vegan lifestyle is because it’s a shame what happens to animals every day in the name of food, fashion, entertainment and medicine and  it’s a shame what animal agriculture is doing to our environment  This is a space where I speak for the voiceless and where people can come for answers about how to be shamelessly fabulous in all aspects of life! Let’s do this!

My vision….how is this going to help save the world? I will use this space as a platform to inspire and empower people by showing how easy it is to live a Shamelessly Fabulous life. I will share everything from food to fashion, household to DIY. I will use this space to educate people about the industries that that are contributing to and the many alternatives that are available! Lets save the animals, the planet and humanity!

Love, peace, empathy, compassion, respect and justice for all!

So much love Andrea. 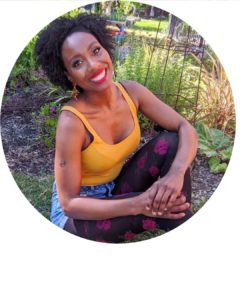 Hello! I’m Andrea! Welcome to my creative space! My goal is to motivate, inspire, nurture and empower you to be the best possible version of yourself! I will be sharing vegan recipes, cruelty free beauty, life tips and more! 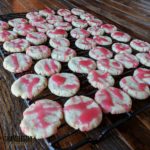 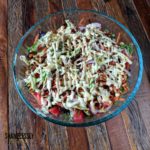 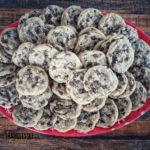 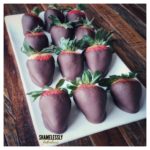 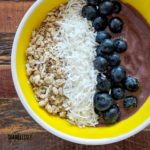 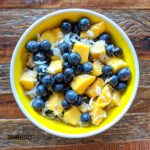 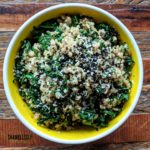 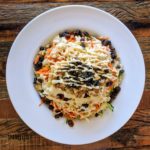 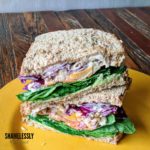